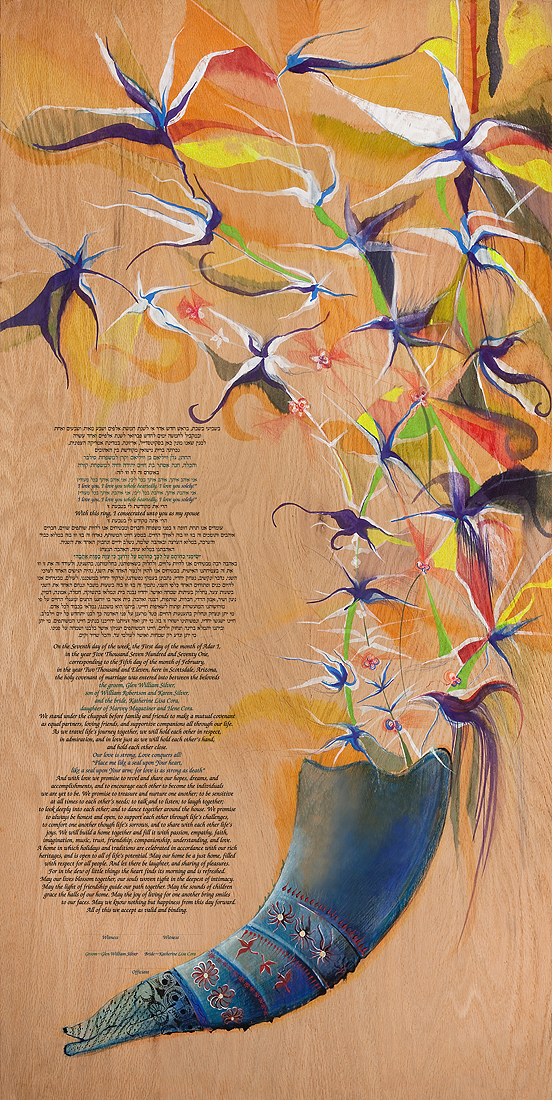 THE ORCHID OF MADAGASCAR 2
(Darwin Orchid)
originally painted on oak

The Orchid flower symbolizes beauty, strength, richness.
Exotic and graceful, represents love.
In ancient Greece Orchid were associated with fertility,
and during the Victorian era, Orchid symbolized richness and luxury.
~~~
The Orchid of Madagascar is mostly unique..
It all began back in 1862, in the south of England, Charles Darwin first examined
an unusual flower, an Orchid of Madagascar that seemed to defy the laws of nature.
This flower hid its nectar in the bottom of an elongated nectary
– up to a foot long – extending from the back of the flower.
It seem in-conceivable that any insect could ever reach it.

Charles Darwin predicted that somewhere in Madagascar
must be a gigantic moth feeds from this flower. Darwin peers ridicule his prediction.

150 years later the unusual moth still exist and was discovered
drinking from the Orchid nectary.

A heavenly match of nature.

The tree of life
is a source and a symbol
to many different religious traditions,
all believe that there are higher levels of evolution
and consciousness that can be attained
by moving up the tree.