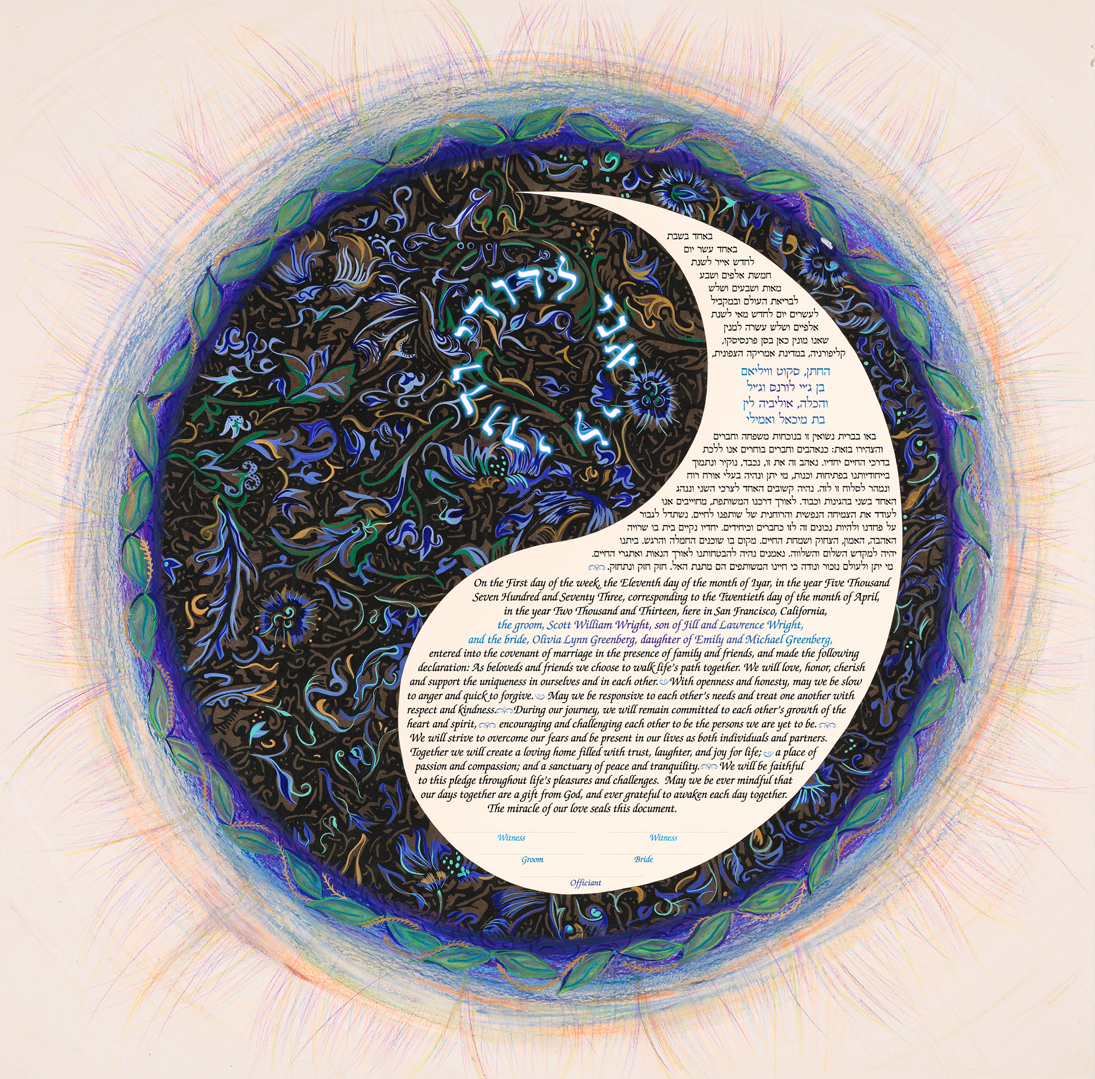 As the journey of the universe unfolds, we discover it’s beauty, navigating on Earth through the stars.
Like an organism, the universe is alive, transform and reborn into new forms.
It is meaningful in its own cycle and beauty, in its own gleaming.
The universe is a fascinating process of creation moving through time,
like a melody, like a dance.. the dance of particles in the heart of expanding suns.
Our solar system is like a womb that brings forth life.
~~~
The encircled verse in the Yin Yang:
“I Am My Beloved’s And My Beloved Is Mine”
in Hebrew: “Ani LeDodi VeDodi Li” 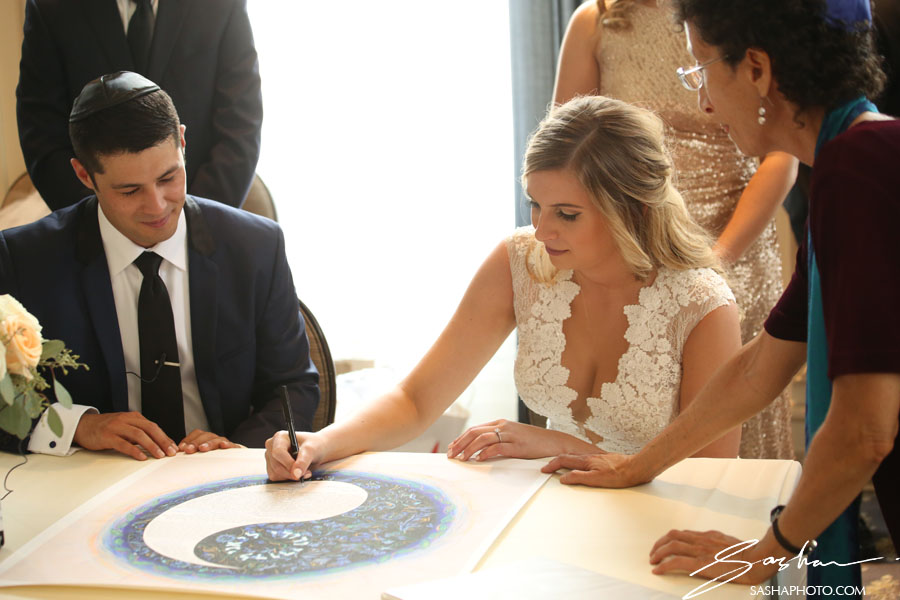 THE YIN YANG
The concept of yin and yang originates in ancient Chinese philosophy and metaphysics,
which describes two primal opposing but complementary forces found in all things in the universe.
Yin, the darker element, and corresponds to the night; yang, corresponds to the day.
The Yin and Yang is used also as a metaphor to describe the dynamic complexities of the human body’s as well as the complexities of human personality.
Nothing in the universe is completely yin or completely yang everything is a mixture of the two.
Yin and yang are interdependent.
One cannot exist without the other. For example, day cannot exist without night.
Yin and yang consume and support each other. Yin and yang are usually held in balance–as one increases, the other decreases.
Yin and yang can transform into one another. At a particular stage, yin can transform into yang and vice versa.
For example, night changes into day; warmth cools; life changes to death.
Part of yin is in yang and part of yang is in yin. The dots in each serve as a reminder that there are always traces of one in the other.
For example, there is always light within the dark e.g., the stars at night, these qualities are never completely one or the other.
Yin is characterized as slow, soft, yielding, diffuse, cold, wet, and passive; and is associated with water, earth, the moon, femininity and nighttime.
Yang, by contrast, is fast, hard, solid, focused, hot, dry, and aggressive; and is associated with fire, sky, the sun, masculinity and daytime
Yin and Yang Corresponding Energies:
Yin Yang~ Dark Light~ Matter Spirit~ Earth Sky~ Female Male~ Passive Active~ Tiger Dragon~ Down Up~ North South
Water Fire~ Winter Summer~ Shade Sunlight~Receptive Creative~ Valleys Mountains~Even Numbers Odd Numbers
Moon Sun~Cold Heat~Death Life